Born in Angola (Luanda) on January 11th 1972, I started my piano studies with my father and at the Academia de Amadores de Música de Lisboa.

At the National Conservatory of Lisbon, I completed the complementary course of Piano in the class of Prof. José Bon de Sousa, becoming also interested in composition lead by the hand of my friend and teacher Eurico Carrapatoso. I then enrolled in the Superior School of Music in Lisbon (E.S.M.L.) where I had the opportunity to work with some of the most influential teachers and composers of the Portuguese musical field, such as Cristopher Bochmman, António Pinho Vargas and Roberto Pérez.

After completing the Bachelor's Degree in composition, I joined the Superior National Academy of Orchestra (A.N.S.O.). In August of 2002, I concluded the Master's Degree in Orchestra Direction in maestro Jean-Marc Burfin’s class. Currently I teach composition in the Palmela Regional Conservatory, where I also direct several choir classes and other groups.

Born in Luanda (Angola) on January 11th of 1972, I started my musical studies with my father and with Mrs. Vilma in the Academia de Amadores de Música de Lisboa. At the National Conservatory of Lisbon, I completed the complementary course of Piano in the class of Professor José Bon de Sousa...

All my music is available here on my website. You can download the majority for free and enjoy. If you like and use my music, please consider supporting my work by making a donation trough Pay-pal. It's fast, easy, secure, and it will be highly appreciated. 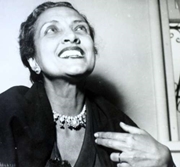 Check out my most recent song from my Jazz Songbook - Canção do Amor-Perfeito, with lyrics by the Brazilian poetess Cecília Meireles. And while you're at it, also check Horas Rubras, this time with lyrics by the Portuguese poetess Florbela Espanca. Two beautiful poems by two great poetesses. 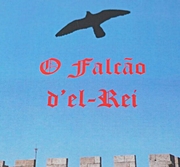 Commissioned by the Municipality of Pinhel and by Maestro Ferreira Lobo, "O Falcão d'El Rei" (The King's Hawk), is a cantata with libretto based on the homonymous historic romance by Dr. José Pereira da Graça, which portrays the events that anticipated the Battle of Aljubarrota. Get the score right HERE. 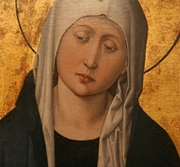 My version for Feminine Choir (SSAA) of this important and well known religious text.

In the links bellow, you can find my latest edited scores for various formations. You can download them for free. If you use them and if you like my music, please consider supporting my work by making a donation.